SAFE Banking Federal:  The U.S. House of Representatives passed cannabis banking reform by a strong bipartisan vote of 321-101 on Monday, the first major piece of marijuana legislation to be approved by the new Democratic-controlled Congress. The bill was overwhelmingly supported earlier in the day in a voice vote, but a formal roll call was demanded and conducted Monday evening.

More than half of the Republicans who voted supported the bill. All Democrats who voted approved the measure. The vote was timed to come on the eve of the cannabis celebration 4/20.

The bill must still be passed by the Senate and signed by President Joe Biden before becoming law. The measure, known as the SAFE Banking Act, would enable banks and other financial institutions to serve state-legal marijuana businesses without fear of federal punishment. Prospects for Senate passage are considered brighter than in previous years after Democrats won slim control of the upper chamber in the recent election. More information can be found at Marijuana Moment.

MoCannTrade, on behalf of its members and the Missouri medical cannabis industry, recently signed a letter of support for SAFE Banking to our US Congress.  This letter was assembled through our national association partner ATACH along with other state-based trade associations and indicated strong support for the passage of the SAFE Banking Act and the relief this legislation provides to marijuana-related businesses nationwide. See the letter here.

Schumer Worries Senate Marijuana Banking Vote Could Undermine Broader Legalization Push:  With Democrats now in control of a chamber that for years has been run by GOP members with little to no interest in ending federal prohibition, the pro-legalization senator has found himself in a unique position to lead the charge.  See the full intereview at Marijuana Moment:

Time-saving Scale Solutions for your MRB

Precision Scale & Controls has a variety of scales and balances available for the Missouri MMJ industry.  They also have a unique and time saving service benefit for Missouri operators. Precision has the distinct ability to pre-certify scales they sell to licensees, meaning you can acquire your scales and have them certified by Precision without having to wait and schedule a certification with the Department of Agriculture – Weights and Measures.

Precision is a Missouri state licensed certifier for Weights and Measures (along with other states) and can handle licensees quickly and efficiently. Contact Ian and the team at Precision to keep your team compliant and balanced.

MoCannTrade Board and Committee Nominations Open Until May 3rd 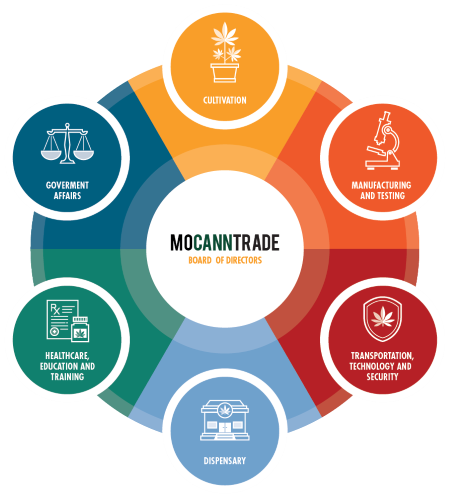 MoCann has reopened our board nomination form online.

As our industry evolves, so does MoCann with a specific focus on meeting the needs of our members and the industry. With that, we reopened our industry nominations April 1st 2021 to populate our industry committees, open advisory board and board of director seats.

As the representative voice of trade for Missouri cannabis, it’s paramount to our success to speak with a unified, impactful voice – on everything from policy discussion to regulatory development to legislative matters. This is your call to action to participate in our association leadership, boards and industry-facing committees to further strengthen our credibility as we advance Missouri’s medical cannabis industry.

Active board, platinum or licensed facility members can self or peer nominate anyone they believe will be a strong contributor to the association and our industry.

HOW DOES IT WORK?

From April 1st 2021 to May 3rd 2021, Platinum or Licensed Facility members can submit a self or peer nomination. All submissions will be evaluated by MoCannTrade’s five person Nominating Committee. With each nomination submission, background & rationale for the nomination will be weighed. Once all nominations have been received, the nominating committee will move quickly to identify and contact finalists by late May.

More info and the link to submit here.